My computer got a virus, emails were sent from my account that were in very poor taste. Thanks to my friends who alerted me to the problem, I think it is cleared up now. If you get anything along those lines, please let me know at once.

The more time you spend talking about what you have been doing, the less time you have to do what you have been talking about. Eventually, you spend more and more time talking about less and less until finally you spend all of your time talking about nothing. Denverite Norman Ralph Augustine in his 1983 book Augustine's Laws. He is a former CEO of Martin Marietta and Lockheed Martin, National President of Boy Scouts of America (he was an Eagle Scout), and he is currently serving as the chair of a committee that is reviewing NASA's plans for the Moon, Mars and beyond.
Posted by John S Wren at 3/19/2010 10:24:00 PM No comments: Links to this post

Join us? I'm forming a new Franklin Circle that will meet monthly for people new to Colorado or new to Colorado politics who want to learn more about how to serve in public office or help other good people get elected. Our focus will be the 2012 Colorado Caucuses. For more see: http://www.COCaucus.org
Want to know why I'm enthused about our Colorado Caucuses? I just received this email from a new friend:
John, I met you in line at the democratic caucus training in on Saturday.  I had said I would report back how our meeting went.
I am a New Englander who grew up with the idea of town meetings. When I first registered to vote, I took great pride in declaring myself an Independent I have only slowly become involved.  It has progressed to my attending training and directing our precinct meeting.
The caucuses I previously attended were either so small that it was a visit or so large it was almost chaos.  Last night was just about right, a very positive experience.  Our precinct was attended by 14 folks, 7 men and 7 women.  Unfortunately we didn't see many very young faces--only a few younger than 50.
Because I had never led one of these conversations before, I had my watch with its sweep hand ready to monitor how long people spoke for their candidate.  After we moved to a quieter spot in the cafeteria and sat in a circle, the conversation took on its own life.  It required no leader.
Everyone was attentive and involved, listening and speaking.  I feel comfortable that people felt heard and respected.  We did keep the time in mind and were able to vote after speaking our minds and hearts.  We successfully elected 2 delegates from our precinct, one for Michael Bennett and one for Andrew Romanoff.  Our group had one uncommitted which helped to effectively direct the conversation.  Our group made seven resolutions for consideration to the party platform.
It was good to see folks still talking issues with one another after our precinct business was done.  I do think that the caucus was productive and reflective of the town meetings which still occur in the many smaller towns in .
I can see ways of making improvements to the meetings----better environment, better organization, etc., but I don't think we could improve on the discussion and business accomplished in such a short time.  I look forward to attending and participating next time.
Thanks, John,
I hope this adds to your story.
Elaine Branjord
Evergreen, CO
What was your experience with the Colorado Caucuses? Share them with us under "Discussions" on the Facebook group "I'm a fan of the Colorado Caucuses." To see what the media is saying about Colorado Caucuses see the Facebook page "Colorado Caucuses News". Links to both at http://www.COCaucus.org.
Posted by John S Wren at 3/17/2010 11:07:00 AM No comments: Links to this post 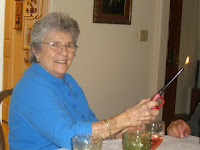