I just found out my nephew Jason Wren's story is posted here (click on his name) along with other young people who have lost their lives to alcohol.http://gordie.org/Education/Memorial-Wall/Memorial-Wall-Entries.aspx

Jason, we miss you.

As kingfishers catch fire, dragonflies dráw fláme;
As tumbled over rim in roundy wells
Stones ring; like each tucked string tells, each hung bell’s
Bow swung finds tongue to fling out broad its name;
Each mortal thing does one thing and the same:
Deals out that being indoors each one dwells;
Selves—goes itself; myself it speaks and spells,
Crying Whát I do is me: for that I came.
Í say móre: the just man justices;
Kéeps gráce: thát keeps all his goings graces;
Acts in God’s eye what in God’s eye he is—
Chríst—for Christ plays in ten thousand places,
Lovely in limbs, and lovely in eyes not his
To the Father through the features of men’s faces. 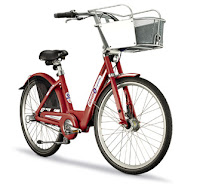 Parry Burnap and Andy Duvall spoke with us at the Denver IDEA Cafe yesterday about their startup experience and the start of the new Denver Bike Share program.

Parry was in charge of the effort to make the DNC convention here in Denver in 2008 as green as possible. She'd drawn together a large committee, and was working with them in the initial stages of the effort to identify possible projects. "My approach to management is to get good people and then provide a structure where they can share," she told us. One day she got an email from one of the committee members that just said, "bike sharing," and that was the light-bulb moment.

1000 bikes were donated, along with enough staff to ride herd on them and keep statistics. At the end of the DNC convention there was about $4 million left over, and the bikes were such a hit that Mayor Hickenlooper and others decided that $1 million of it should be used to launch a Denver bike sharing program.

Andy Duvall and Parry met each other at about that time through a local bicycle enthusiast group. Andy was doing a PhD dissertation at University of Colorado Denver on bike sharing, and had proposed a project he figured would have to be done in another city. He was delighted to find the project here in Denver, where he could apply what he'd learned visiting bike sharing programs around the world.

Andy had gone back to graduate school after being in the Peace Corp for two years and a 10 year career as a business executive. While doing his Master in urban planning he connected with one of his professors as a mentor who alerted him to a National Science Foundation grant on a Friday that had a deadline the following Tuesday.
Posted by John S Wren at 5/15/2010 09:01:00 AM No comments: 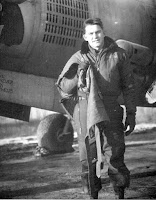 My friend George Parker who passed on last year would have been 87 years old tomorrow. I'll never forget seeing George for the first time, walking on a blazing hot day from the light rail station over to the outdoor pavilion at the Pepsi Center where the GOP state convention was being held in 2004. I'd corresponded with George via email after reading something about him online. We got to know each other, and he was very encouraging to me in my efforts to get more people involved in politics. He often said that he'd much rather someone be an active Democrat than a Republican who just watched from the sidelines or worse yet who was unaffiliated and totally disengaged.Happy birthday, George. Thanks for the inspiration you were and are to me and so many people.

John Wren's INVICTUS is what I'm going to call my free, weekly email newsletter. It will link to the website for a different  book each week that has been important to me and that I believe will help you in business and life. To make sure you get the premier issue, Vol I Number 1 that will be sent out next week, enter your email address in the Community Room College box to the left.

Most people I've asked say they like the name Community Room College. But one wise old man said, "I don't like it, I never went to college, sounds like it's not for me." I'm going to brainstorm tag lines that could be used with the name to overcome that objection at the Denver IDEA Cafe, I'll let you know what we come up with. If you have a tag line you'd suggest, post it here as a comment, OK?

I've been talking with people about the new Community Room College that is the result of requests for me to answer the question: What the hell is John Wren doing? I have a variety of groups and events that I'll be putting under one umbrella. Each Friday afternoon right after the Denver IDEA Cafe we'll have a 50-minute "chalk talk" from professional, experts, and educators on various topics of interest to people involved in business and politics.

To make sure you get the list of speakers each month, starting in a week or so, add your name to the mailing list using the sign-up widget to the left here on this page.

If you have expertise you'd be willing to share, email me and contact you with the details and the available dates.
Posted by John S Wren at 5/13/2010 04:33:00 PM No comments:

Email ThisBlogThis!Share to TwitterShare to FacebookShare to Pinterest
Parry Burnap, Executive Director of Denver Bike Sharing www.denverbikesharing.org will be with us at the Denver IDEA Cafe, she'll be joined by Andy Duvall www.AndrewDuvall.org who will share about his decision to return to graduate school and his research there for Denver B-Cycle. I really hope this project takes off over the summer, it would be great to have a new network of bikes available to commuters, shoppers, and Denver tourists. I'll give you a complete report here about what they have to say about the project.